Officials are the third team on the ice, without whom the game would not happen as we know it to be. It is an official’s responsibility to ensure that the rules of hockey are enforced, and that the game is played fairly.  Each year Hockey Manitoba proudly certifies over 1,800 officials all across the province.

Hockey Manitoba officiating clinics are presented annually between September and early November. Each official must attend an officiating clinic each year in order to re-certify for the upcoming season. There are six levels in the Hockey Canada Officials Program (HCOP), which are the foundation for training and development of officials.  The program offers clinics for officials at all levels from the youngest age groups and divisions of minor hockey through the to the top levels of hockey in Canada, and international competition. 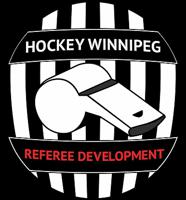